Everyday heroes touch our lives with their extraordinary efforts to change the world! During their lives, these special people put their needs aside to help others in their communities. These heroes brought hope, courage and inspiration to those they touched. They lived to give and showed us all how to embrace The Lighthouse Wave! Celebrate the lives of these heroes as they taught us all valuable lessons living The Lighthouse Wave –  Dr. Denise Hart 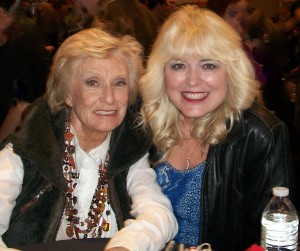 Cloris Leachman was an amazing actress and passionate activist for animal rights. I really enjoyed working with her as she was smart, witty, and a ton of fun!  She was an Academy Award winner and won nine Emmy Awards. She was best known from her television roles on The Mary Tyler Moore Show, Phyllis and Raising Hope. Also, she starred on season 7 of Dancing With the Stars. Her film career included The Last Picture Show and she appeared in three classic Mel Brooks films.

“I’ve always loved animals,” said the actress and she proved it by using her celebrity to promote animal rights. She was a Best Friends Acclaimed Ambassador and a poster girl for PETA doing public service announcements for spaying and neutering your animals. Cloris Leachman fought for citizens’ right to document cruelty to animals because she believed that people must help local, state and federal officials enforce anti-cruelty laws. She sent letters to almost 300 retirement communities that have caged animals on display to urge them to partner with PETA and move the animals to more humane settings. Cloris passed away on January 27, 2021 – may she rest in peace! 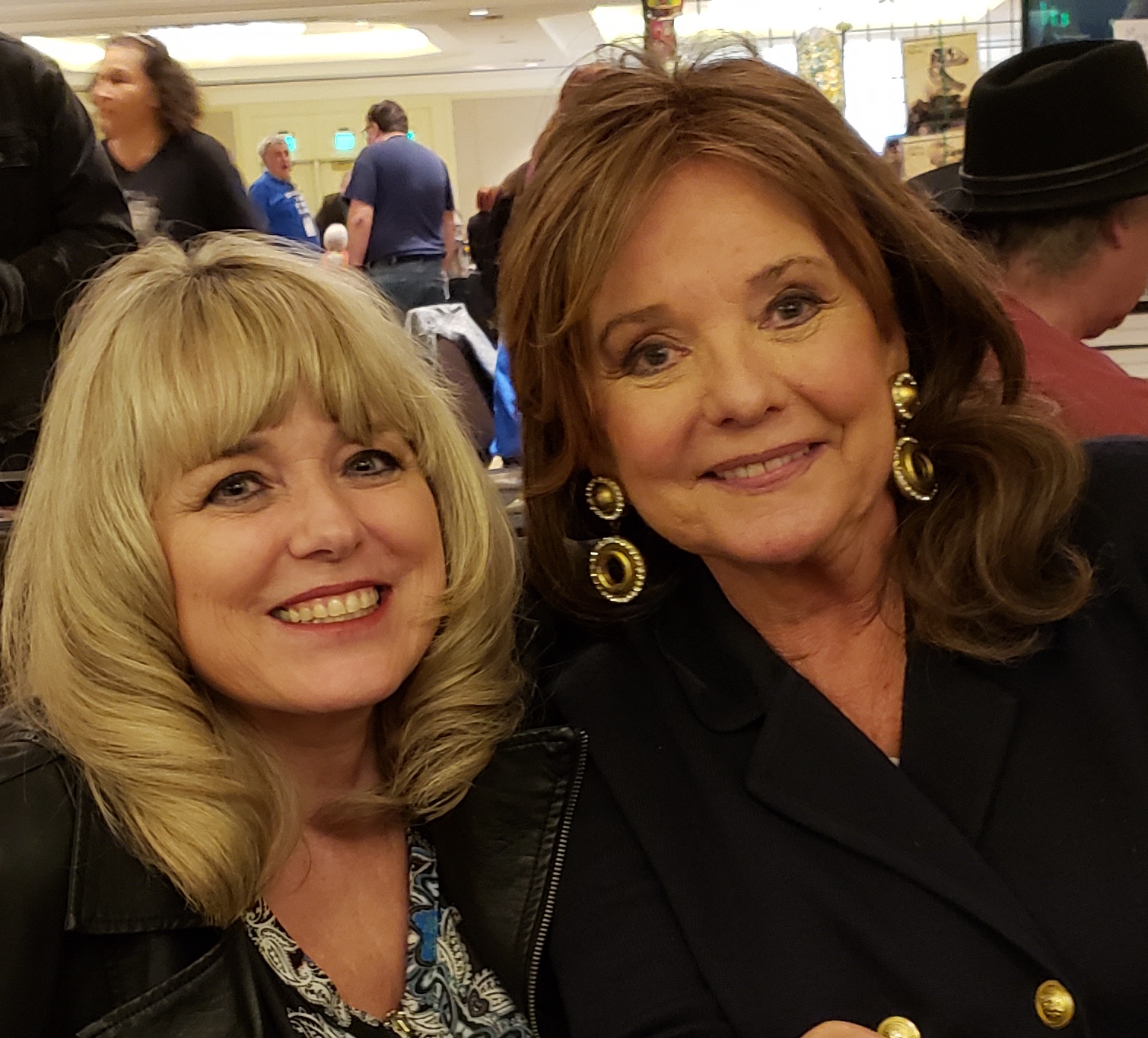 Dawn Wells was an American actress who was best known for her role as Mary Ann Summers on the Gilligan’s Island. After Gilligan’s Island ended, Dawn enjoyed a theater career, appearing in nearly one hundred theatrical productions as of July 2009. In 1998, she opened the Dawn Wells Film Actors Boot Camp in Idaho. She also designed a line of clothing for physically challenged people, “Wishing Wells Collections” and launched a beauty line, “Classic Beauty.” 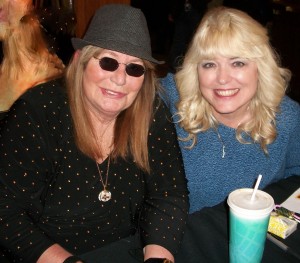 Penny Marshall was a great actress and director! She made some fantastic movies like Big, Awakenings, and A League of Their Own. Penny was on the popular television show Laverne and Shirley and has a very funny book, My Mother Was Nuts. Penny wrote about growing up in the Bronx, getting pregnant, and marring at a young age while living in New Mexico, marrying Rob Reiner, and dating Art Garfunkel. She also shares some very serious life subjects like abortion and drugs. Penny has been through some difficult stuff, but she manages to turn all of that into to humor. She lived by simple rules: “try hard, help your friends, don’t get too crazy, and have fun.”

In 2009, she was simultaneous diagnosed with a brain tumor and lung cancer which she battled and motivated her to write the memoir in order to share the truth about her life and dispel any incorrect gossip. Penny spent much of her time devoted to charitable efforts including working with BIANYS, the Brain Injury Association of New York State. She supported a number of charities including The Felix Foundation.  She also supported the charitable work of The Lakers Youth Foundation. “To stay alive, you gotta keep functioning….whatever it is you want to do,” Penny said. 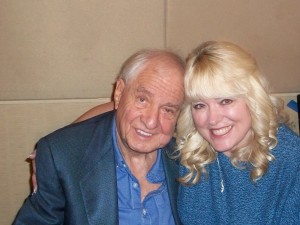 Siblings Penny and Garry Marshall shared a complementary and loving relationship. At an event in Los Angeles, Garry began the evening by introducing his sister, “Two of my most exciting words in show business – Penny Marshall.” Garry Marshall was known for his television hits like The Odd Couple, Happy Days, Laverne & Shirley, and Mork & Mindy, and movies like The Flamingo Kid, Beaches, Pretty Woman, and The Princess Diaries.  He was a writer, director, and producer for more than five decades.

In his book, My Happy Days in Hollywood, Garry tells of his early life in the Bronx to his exciting times in Hollywood.  He worked with many greats like Henry Winkler’s Fonz, Julia Roberts, Robin Williams, Anne Hathaway, and many others. This hilarious memoir is even more touching when you realize Garry’s personal philosophy has always been that life is more important than show business. Garry Marshall worked hard as a director and producer while doing charity work in his spare time before he passed away in 2016. 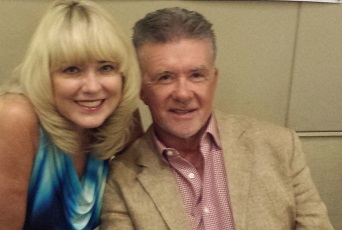 Alan Thicke was an actor, songwriter, and game show host. He was best known as the dad, Jason Seaver, on the television show Growing Pains. Alan  toured in the musical, Toy Shoppe. Also Alan made appearances on Scream Queens, Grandfathered, and Celebrity Family Feud.

In 2014 and 2015, Alan hosted a traveling dance show called Dancing Pros Live. Furthermore, he wrote two books: How Men Have Babies: The Pregnant Father’s Survival Guide and How To Raise Kids Who Won’t Hate You.

Alan’s philanthropic work was wide-ranging. While on Celebrity Family Feud, Alan and his family raised money for The Alan Thicke Centre for Juvenile Diabetes Research. Alan was a board member for Love Our Children USA. He contributed to Stand Up To Cancer and played tennis for Chris Evert Charities, and the Multiple Sclerosis Society. Also he played hockey for Right To Play and golf for charities including Make-A-Wish Foundation, the Butch Kerzner Summit Foundation, the The James R. Jordan Foundation, and Jason David’s Corner Foundation. He raised money for multiple charities including the Cedars-Sinai Medical Center, the United Service Organization, the Wounded Warrior Project, the Muhammad Ali Center, and the Barbara Davis Center for Childhood Diabetes. Alan is a wonderful man who lives to give back to his community! 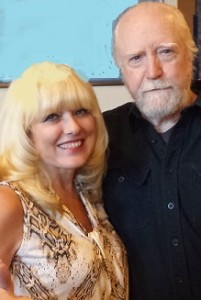 Scott Wilson was an actor best known for his Walking Dead character Hershel Greene.  However, he had more than fifty film credits, including In the Heat of the Night, In Cold Blood, The Great Gatsby, Dead Man Walking, Pearl Harbor, and Junebug. Scott was also known for his role on CSI: Crime Scene Investigation as Sam Braun. Scott was both amazed and touched by his  fame later in life. He says, “If you had told me five years ago I would be doing these shows, I wouldn’t have believed it.”

Scott liked to give back to others and volunteered for The American Cancer Society via The Walking Hope. He also volunteered for Pathway To The Cures For Breast Cancer fundraiser benefiting Susan G. Komen. 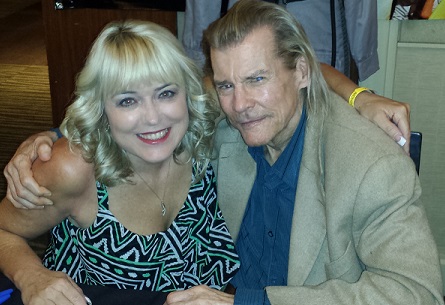 Jan-Michael Vincent was an actor best known for his role as helicopter pilot Stringfellow Hawke on the television show Airwolf. Also, as a San Diego girl who used to surf, I loved watching him in the surfing epic Big Wednesday.

Jan-Michael Vincent has battled many issues in his life. He was an alcohol and drug user for most of his life. Furthermore, he was involved in two serious automobile collisions. In 2012, his right leg was amputated just below the knee after he contracted a leg infection.

During his glory days, Jan-Michael Vincent attended many charity events to help raise money for numerous organizations. He was once even a cook at a Gourmet Gala to raise money for The March of Dimes!

Richard Herd was an Ambassador for The March of Dimes 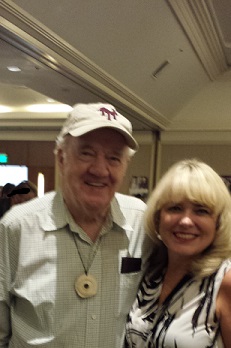 Richard Herd was a kind and caring man known for his stage, film, and television acting. He said, “the theatre gave me an identity. It taught me social skills and taught me to listen, and made me more of a maverick.” He was recognized for his roles as Admiral Noyce on SeaQuest 2032, as George Costanza’s boss at the Yankees in the television show Seinfeld, as Captain Dennis Sheridan on T. J. Hooker, and as Admiral Owen Paris in Star Trek: Voyager. Also he was known for his role in the miniseries V.

Richard moved to Hollywood in the 1970s for a role in All the President’s Men. He was in many other movies after his move to California – The China Syndrome, and The Onion Field are the best known. Richard appeared on numerous television shows like Kojak, The Rockford Files, The Streets of San Francisco, Eight Is Enough and Starsky & Hutch, as well as many television movies. Richard also directed, produced and wrote.

Richard supported multiple organizations including the League for Crippled Children in Los Angeles. Also, he was an ambassador with the March of Dimes. He made appearances to raise money for charities including The Tenth Annual Lightspeed Fine Art Celebrity Benefit which raised money for the American Cancer Society. 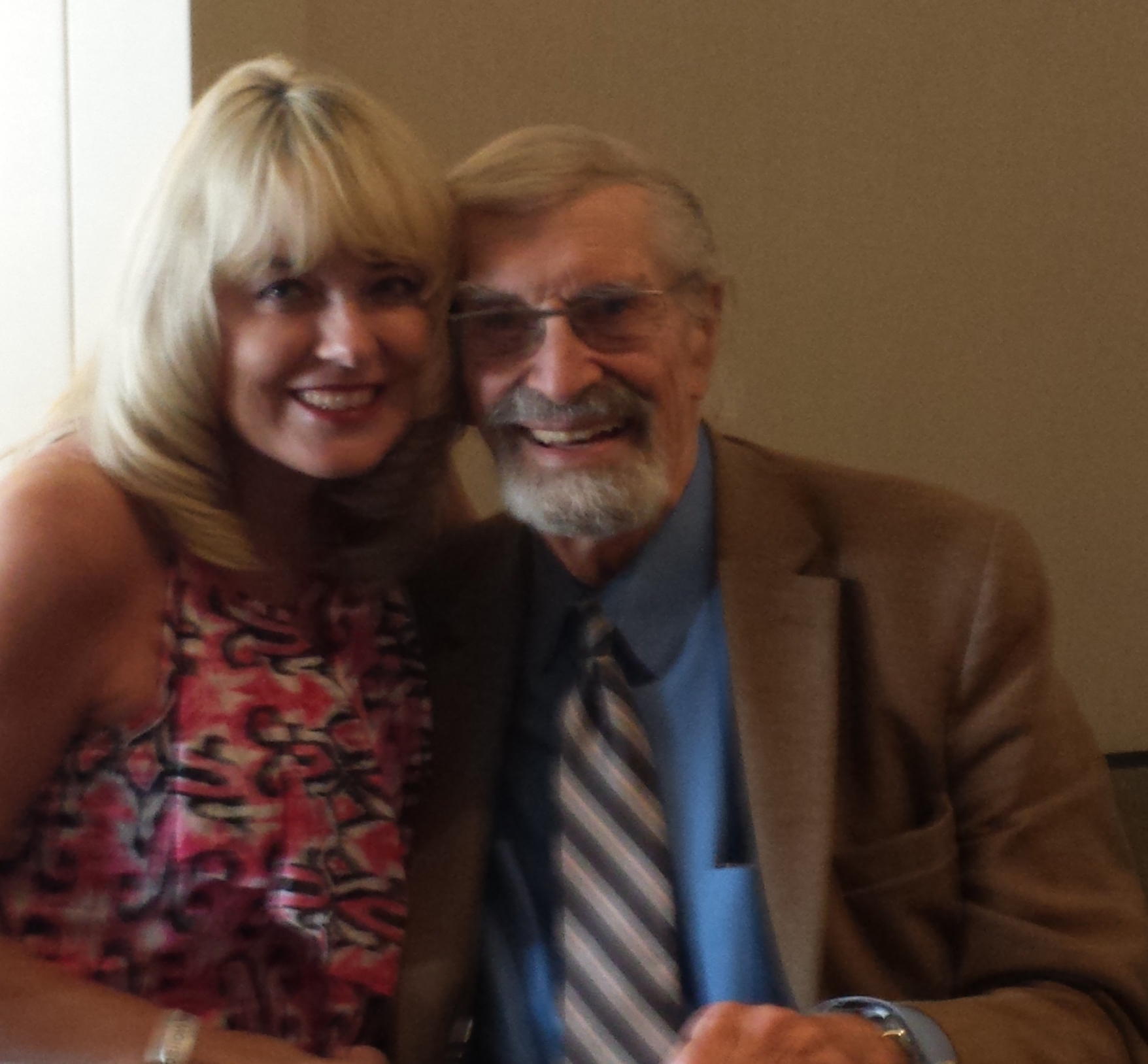 I  chatted with the charming Martin Landau shortly before he passed. Martin was a great film and television actor. He won an Academy Award, a Screen Actors Guild Award, and a Golden Globe Award for his role as Bela Lugosi in Ed Wood. Martin started acting in the 1950s, with a notable supporting role in Alfred Hitchcock’s North by Northwest. He played regular roles in the television series Mission: Impossible and Space: 1999. He had his first nomination for the Academy Award for Best Supporting Actor, for his role in Tucker: The Man and His Dream and  his second Oscar nomination for his appearance in Crimes and Misdemeanors.