“Believe in yourself and all that you are. Know that there is something inside you that is greater than any obstacle.” –Christian D. Larson

Students around the country are performing meaningful, life changing community service. My life’s passion has been working with students of all ages – helping them be strong in self and learn the joy of giving back to others.  It is important that students become involved in clubs, organizations and sports that help them achieve their potential by enhancing their internal strengths and resiliency while preventing involvement in harmful activities. These activities promote civility, leadership, citizenship and inclusion. Involvement and activism help students succeed as productive citizens and as leaders in our global society.  The following students have gotten involved in giving back to a cause or helping their community in a way that matters to them.  These student volunteers will share the satisfaction and pride that comes from helping others. Enjoy their stories as they live and give The Lighthouse Wave – Denise 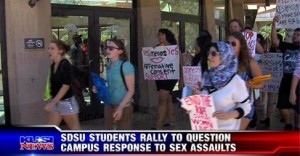 My daughter, Shae, is a senior at San Diego State University and has been very active in campus and community affairs while in college. She lives The Lighthouse Wave by working on herself daily then spending her spare time trying to make this world better for others. Recently, she marched with a group of other students to protest San Diego State University’s lag in teaching the campus community about how to respond and prevent sexual violence.

My daughter and her fellow classmates said they were shaken by the many recent assaults on the SDSU campus. “We are all upset about the way the university reacted to these and other assaults on campus – they have had six rapes reported and no one has been arrested,” Shae said. The students noted that a report by the California State Auditor said San Diego State has not done enough when it comes to responding to complaints of sexual assaults – 35% of student’s surveyed noted they had been sexually assaulted or harassed.

Shae says the report notes the school needs to do more training of faculty and staff, and adds the school does not do enough to tell students about reporting an assault, and how to bring a complaint. The University sent an administrator to listen to the protesters and they started a dialogue on how to make life safer for all students SDSU. Since the protest, SDSU has formed a sexual violence task force that will look closer at creating more awareness campaigns, educating and training. My daughter and her classmates are happy that their actions have helped other students at SDSU. They feel that all present and future students need to feel safe while on the campus. 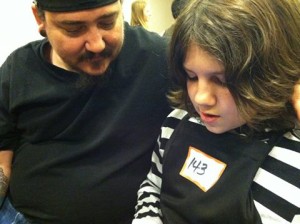 My cousins, Beau and Rebecca, are great parents as they supported their son, Nathan, in achieving his dream.  Nathan loves to cook and wanted to be on the reality show MastherChef Junior. His parents took time out of their busy schedules and helped Nathan make his dream come true. Nathan not only was a contestant on MasterChef Junior but he won first place! 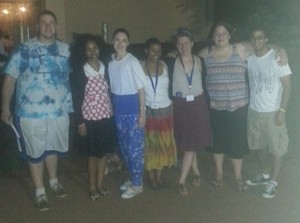 Iowa State University student, Glyn, traveled to the Swaziland to join young people from the Dioceses of Brechin and Swaziland to work jointly on issues such as hunger alleviation, women’s rights, education and care for vulnerable children, and HIV/AIDS. I have known Glyn and her family for many years and they are committed to living a life of self care and service to others.

Glyn is currently working on her Associates in Agribusiness with a certificate in a Agronomy at DMACC, after which she will transfer to ISU full time to complete her Bachelor by double majoring in Global Resource Systems and Agronomy.

Glyn is active in numerous organizations and serves her community in many ways.  She attended the World Food Prize: Global Youth Institute in 2010 and 2011.  She wrote about water scarcity in Swaziland in 2010(http://dft.ba/-baLE) and  about water scarcity in Mali in 2011(http://dft.ba/-bbe5). Glyn has the strength and courage to change our world and the next generation will thank her for her efforts! 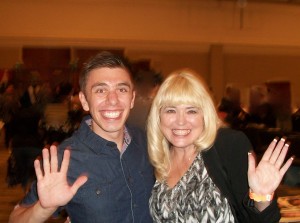 Brock Ciarlelli plays Brad Bottig on the ABC series The Middle.  He also won “Best Performance in a TV Series” from the Young Artist Association in 2011, 2012 and 2013. Brock is a student at Chapman University majoring in mathematics. “Math — always in unexpected ways — has really helped me become a better actor,” said Ciarlelli.

Brock gives back to the community often and joined together with many other celebrities to speak to students nationwide via Google Hangout about anti-bullying.  Brock has said that he was bullied in high school and bullyng is especially bad now because of social media. He feels strongly that no one should be bullied and he works hard to help others in understanding that we must protect victims of bullying.  Brock also volunteers for Denim and Diamonds for Autism and The Tustin Key Club Autism Benefit.

Marla Gives to Others 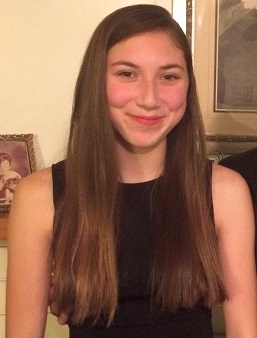 High school student, Marla, is involved in numerous activities.  Her involvement is a family affair as she is in sports, church activities, school and community organizations.  For many years, Marla helped care for her grandmother after school and on weekends. Her grandmother had dementia and Marla always had a smile to share with her grandmother.

Marla volunteers for numerous organizations.  She read to the elderly at Federicka Manor, and has helped numerous retirees in their daily lives.  She even escorted a 95 year old woman at Disneyland on more than one occasion. Marla has volunteered at numerous homeless shelters.  She has served food to families at Chula Vista Homeless Shelters and at Father Joes.